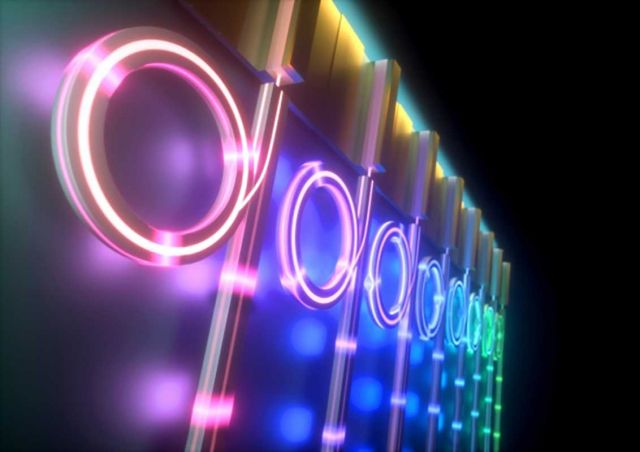 Information technology continues to progress at a rapid pace. However, the growing demands of data centers have pushed electrical input-output systems to their physical limit, which has created a bottleneck. Maintaining this growth will require a shift in how we built computers. The future is optical.

Over the last decade, photonics has provided a solution to the chip-to-chip bandwidth problem in the electronic world by increasing the link distance between servers with higher bandwidth, far less energy and lower latency compared to electrical interconnects.

One element of this revolution, silicon photonics, was advanced 15 years ago by the demonstration from UC Santa Barbara and Intel of a silicon laser technology. This has since triggered an explosion of this field. Intel is now delivering millions of silicon photonic transceivers for data centers all around the world.

A new discovery in silicon photonics by a collaboration of UC Santa Barbara, Caltech and the Swiss Federal Institute of Technology Lausanne (EPFL) reveals another revolution in this field. The group managed to simplify and condense a complex optical system onto a single silicon photonic chip. The achievement, featured in Nature, significantly lowers the cost of production and allows for easy integration with traditional, silicon chip production.

“The entire internet is driven by photonics now,” said John Bowers, who holds the Fred Kavli Chair in Nanotechnology at UC Santa Barbara, directs the campus’s Institute for Energy Efficiency and led the collaborative research effort.

Despite the great success of photonics in the Internet backbone, challenges still exist. The explosion of data traffic puts a growing requirement on the data rate each individual silicon photonic chip can handle. Using multicolor laser light to transmit information is the most efficient way to address this demand. The more laser colors, the more information that can be carried.

However, this poses a problem for integrated lasers, which can generate only one color of laser light at a time. “You might literally need 50 or more lasers in that chip for that purpose” said Bowers. And using 50 lasers has a number of drawbacks. It’s expensive, and rather inefficient in terms of power. What’s more, the frequency of light each laser produces can fluctuate slightly due to noise and heat. With multiple lasers, the frequencies can even drift into each other, much like early radio stations did.

A technology called “optical frequency combs” provide a promising solution to address this problem. It refers to a collection of equally spaced frequencies of laser light. Plotting the frequencies reveals spikes and dips that resemble a hair comb —hence the name. However, generating combs required bulky, expensive equipment. Using an integrated photonics approach, Bowers’ team has demonstrated the smallest comb generator in the world, which resolves all of these problems.

The configuration of the system is rather simple, consisting of a commercially distributed feedback laser and a silicon nitride photonic chip. “What we have is a source that generates all these colors out of one laser and one chip. That’s what’s significant about this,” Bowers said.

The simple structure leads to a significant reduction of scale, power and cost. The whole setup now fits in a package smaller than a match box, whose overall price and power consumption are smaller than previous systems.