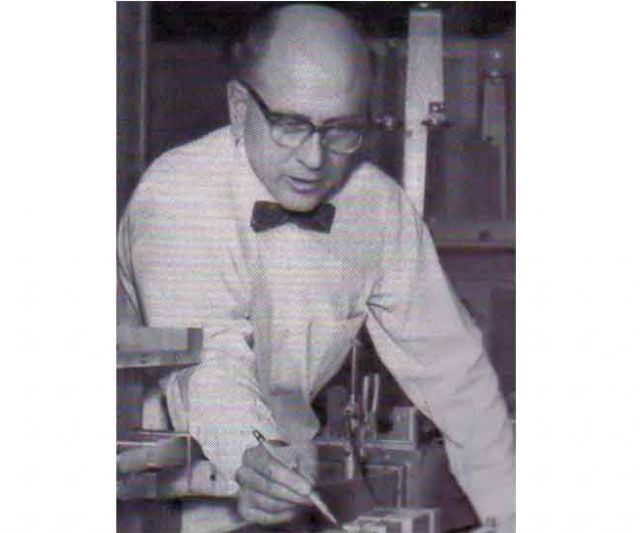 Dear Members of Our Campus Community,

I am deeply saddened to share with you the news that Professor Emeritus George L. Matthaei of our Department of Electrical and Computer Engineering passed away this October. Our campus flag will be lowered in his honor on December 17th.

Professor Matthaei joined our campus in 1964 and remained a distinguished faculty member until his retirement in 1991. He was an admired colleague, an accomplished and celebrated microwave researcher, a dedicated student mentor, and a devoted teacher. I am honored to share the following remembrance from our Department of Electrical and Computer Engineering.

George L. Matthaei, Professor Emeritus in the Department of Electrical and Computer Engineering (ECE), passed away on October 20, 2020 at the age of 97. He was born in Tacoma, Washington on August 28, 1923.

As a youth he developed an interest in aeronautical engineering which would lead him to pursue interests outside the family baking business. He attended the University of Washington until he was called from ROTC to active duty in the army in 1943. During WWII, Dr. Matthaei served with an anti-aircraft unit in New Guinea and the Philippines where he transitioned his engineering interest to microwave component design. At the end of the war, he returned to the University of Washington to complete a B.S in electrical engineering, an M.S. in 1949, a degree of Engineer in 1951, and a Ph.D. in 1952.

From 1951 to 1955, he was a faculty member with the University of California at Berkeley. From 1955 to 1958, he was engaged in system analysis and microwave component research with the Ramo-Wooldridge Corporation. From 1958 to 1964, he was with the Stanford Research Institute, where he was engaged in microwave device research and became Manager of the Electromagnetic Techniques Laboratory. He received an offer to participate in writing a book on microwave filters for the Army Signal Corps, Microwave Filters, Impedance-Matching Networks, and Coupling Structures, and it is still in publication today.

In July 1964, he joined the Department of Electrical Engineering, University of California at Santa Barbara, where he was a Professor for the next 27 years. His tenure saw the growth of the small engineering school into a large college of engineering by the time of his retirement in 1991.

He authored or co-authored over 85 papers and was a contributor to several other books. His current research interests were in the area of design techniques for fixed-tuned and tunable microwave HTS circuits.  Dr. Matthaei was Fellow of the IEEE and a recipient of the 1961 Microwave Prize of the IEEE Microwave Theory and Techniques Society (IEEE MTT-S) and the 1986 IEEE MTT-S Microwave Career Award.

Following his retirement, Dr. Matthaei joined STI (superconductors) where he worked part-time until age 85. He also joined his wife, Jean, in volunteering as a docent at the Santa Barbara Museum of Natural History, sharing their mutual passion for nature and science.  He was an exceptionally thoughtful, intelligent, and kind man who will be missed by everyone who knew him.