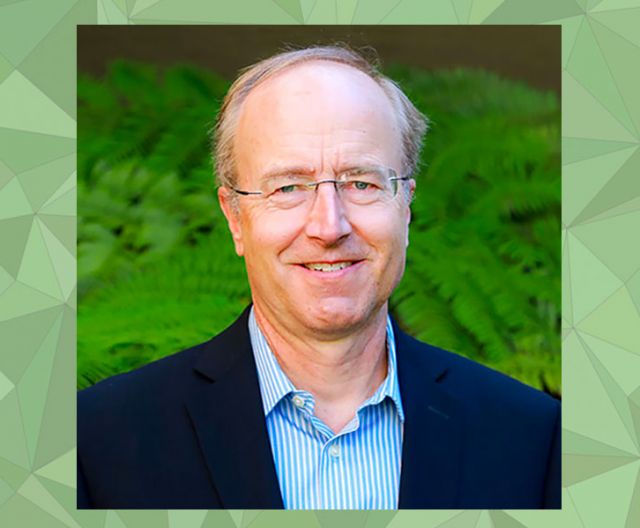 Based on the The UCSB Current article – "Luminaries”

To the consumer, the emergence of state-of-the-art technology can look seamless and easy: Almost like clockwork, our devices get smarter, our displays brighter, our communications faster, our instruments more powerful and efficient. In other situations, new technology appears on the market fully formed; most people know little of the years of tireless work and research that lay the foundation for the innovations that benefit us on a regular basis.

Fortunately, such was not the case during Compound Semiconductor Week 2021, an international gathering of the finest minds behind compound semiconductors, a technology whose materials and techniques underlie many of our most advanced devices. Two UC Santa Barbara professors, John Bowers and Steven DenBaars, were recognized with two of the conference’s top awards, the Indium Phosphide and Related Materials (IPRM) Award – Bowers and the International Symposium on Compound Semiconductors (ISCS) Quantum Devices Award – DenBaars.

“We are tremendously proud of John Bowers and Steven DenBaars for being recognized with these prestigious awards,” said Rod Alferness, dean of the UC Santa Barbara College of Engineering. “Their relentless innovation and spirit of collaboration have resulted in pioneering technological breakthroughs that have positively impacted many aspects of daily life. Professor Bowers’ pioneering work in integrated photonics has brought the power of light to increase the capacity and energy efficiency of massive interconnection networks inside data centers, while Professor DenBaars stands at the forefront of the development of gallium nitride-based laser diodes and LEDs. We congratulate both of these superb professors on their richly deserved honors.”

The ever growing tide of data we generate — due in large part to the proliferation of smart, internet-enabled devices and online apps and streaming services — means that the infrastructure needed to hold and move all that information has to double in speed and capacity roughly every two years to sustain high levels of performance.

Fortunately, researchers like John Bowers, a professor of electrical and computer engineering and of materials, have risen to the challenge of bringing light — unrivaled in speed, data capacity and energy efficiency — to our electronics and telecommunications systems. For “contributions to the development of III-V/Si photonics and heterogenous integration techniques with the pioneering demonstration of hybrid indium phosphide/Si laser,” Bowers was honored with the 2021 IPRM award by the International Conference on Indium Phosphide and Related Materials.

“We’ve been working on integration of photonics and electronics for the past 15 years, and it is very gratifying to be recognized by IPRM with this award,” said Bowers, who holds the Fred Kavli Chair in Nanotechnology and is director of the Institute of Energy Efficiency at UCSB. “I’m grateful for the hard work of so many students and postdocs to make heterogenous integration of lasers and photonic integrated circuits on silicon a reality, and to Intel, Juniper and others for commercializing this research. This work is the culmination of the research efforts of Alex Fang, Herb Kroemer, Art Gossard, Pierre Petroff, Evelyn Hu and many others, and I’m very grateful to them for their ideas and collaboration.”

To take better advantage of light in our telecommunications, photonics — elements that produce, detect and modulate light — could be located on the same chip with electronic elements, allowing for a more efficient conversion between optic and electronic signals. Bowers’ work has been focused on how to merge the two technologies, in ways that are both cost-effective and manufacturing-friendly. In 2006 he demonstrated the first hybrid indium phosphide/silicon laser, bringing together the light production of indium phosphide and the waveguiding capabilities and cost-effective manufacture of silicon. IPRM called it a “groundbreaking technology” in the effort to “support the increase of transmission capacity and the reduction of cost and energy.” Bowers also developed indium arsenide quantum dot lasers grown directly on silicon, inexpensive devices that can emit a broad range of coherent wavelengths from single source.

The IPRM Award was initiated by the IPRM conference in 1993 and initially called the Michael Lunn Award. It was renamed the IPRM Award in 2007 and has since been sponsored by the IPRM international steering committee to recognize individuals who have made an outstanding contribution to the Indium phosphide community.

After a few years of colocation of IPRM and ISCS, CSW is now the organic joint-venue for these two conferences.

IPRM is the major conference worldwide on Indium Phosphide and Related Materials. The first conference was held in 1989, Norman, OK, USA. The original focus was on the physics and technology of the materials but as the technology matured, optical and electronic devices from the discrete to integrated levels took place in the subsequent conferences. The IPRM technical conference and exhibition are held yearly and its location alternates between North America, the Pacific Rim, and Europe.