ECE Professor James Buckwalter elevated to the rank of Fellow, the highest grade of membership that the institute confers upon its members 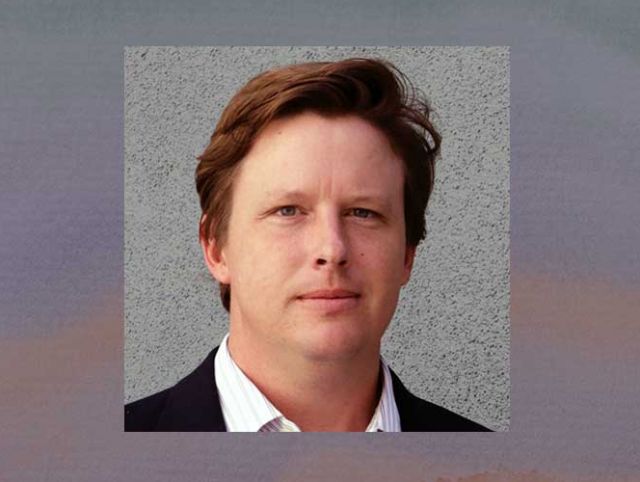 5G networks, the new generation of wireless communications, is being powered by a specific part of the electromagnetic spectrum known as millimeter wave (mmWave). The high-frequency bands have short wavelengths, varying in length from 10 millimeters (30 GHz) to 1 mm (300 GHz), that facilitate the increased capacity and speed of wireless networks. The mmWave has broad applications ranging from autonomous vehicles and drone communication to radar and Internet of Things (IoT) devices.

However, because of its high frequencies, the mmWave has limitations. The waves are easily absorbed by atmospheric gasses and rain, and they only move in line-of-sight paths, meaning buildings and trees can impede them. While those characteristics pose challenges for full-scale deployment of mmWave technologies, researchers like James Buckwalter, an electrical and computer engineering professor at UCSB, have been investigating novel approaches to help deliver on the promise of mmWave.

Among the new devices facilitated by SOI CMOS are power amplifiers, which are small circuits that convert a low-power radio frequency (RF) signal into a higher power signal that can reach the required transmission distance.

“We are now standing at the threshold of a new era where photonic devices and mmWave circuits converge on a single SOI chip that leverages substantial integration of digital signal processing and goes beyond the system predicted by Moore’s law scaling,” said Buckwalter, referring to the principle, named after a co-founder of Intel, that states that the number of transistors on a microchip doubles about every two years, though the cost of computers is halved.

In recognition of his “contributions to high-efficiency millimeter-wave power amplifiers and optical transceivers in silicon on insulator (SOI) technologies,” the IEEE Board of Directors elevated Buckwalter’s status to the grade of Fellow.

“The IEEE represents a global research community that is responsible for an astounding fraction of the technological advances that have made our lives and societies stronger, healthier, and more robust; these are the engineers that turn the dreams of science fiction into reality for everyone,” said Buckwalter. “I am extremely proud to be a part of the Microwave Theory and Techniques Society, interacting with the brightest minds, and being elevated to this select group is a profoundly humbling recognition. And as an IEEE Fellow, I feel responsible training and mentoring the scholarly achievement of the next generation of brilliant engineers.”

Buckwalter describes microwave and mmWave circuit technologies as critical to the development of new applications, such as autonomous vehicles, extended reality, and a new era of global satellite networks. He says that discovering ways to improve the energy efficiency of mmWave technologies remains a critical problem, and one that he is committed to solving.

“I hope my technical contributions not only impact our ability to leverage more of the radio spectrum, but also help inform an up-and-coming generation of engineering scholars on the most relevant technical challenges,” said Buckwalter, whose previous honors include an Early CAREER Award from the National Science Foundation and a Defense Advanced Research Projects Agency (DARPA) Young Faculty Award.

The IEEE includes more than 400,000 members from nearly 160 countries. The total number of fellows selected in a year cannot exceed one-tenth of one-percent of the IEEE’s voting membership. The Class of 2022 Fellows includes nearly three hundred members.