“As a field, we look at the computing problems we can’t solve yet and think, ‘There’s digital computing, there’s quantum computing – what else is there?’” says Ass't. Prof. Kerem Camsari 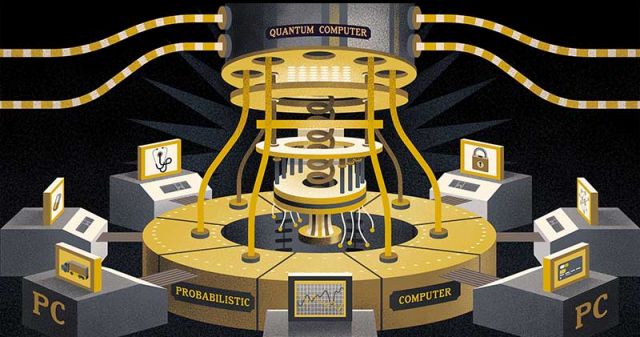 “You see, nature is unpredictable. How do you expect to predict it with a computer?” said American physicist Richard Feynman before computer scientists at a conference in 1981.

Forty years later, Purdue University engineers are building the kind of system that Feynman imagined would overcome the limitations of today’s classical computers by more closely acting like nature: a “probabilistic computer.”

The team believes that a probabilistic computer may sooner solve some of the problems a quantum computer would solve, since it wouldn’t need entirely new hardware or extremely cold temperatures to operate.

On that list of problems to solve more efficiently than with classical computers are optimization problems – the ability to calculate the best solution from a very large number of solutions, such as identifying the best route for goods to travel to market.