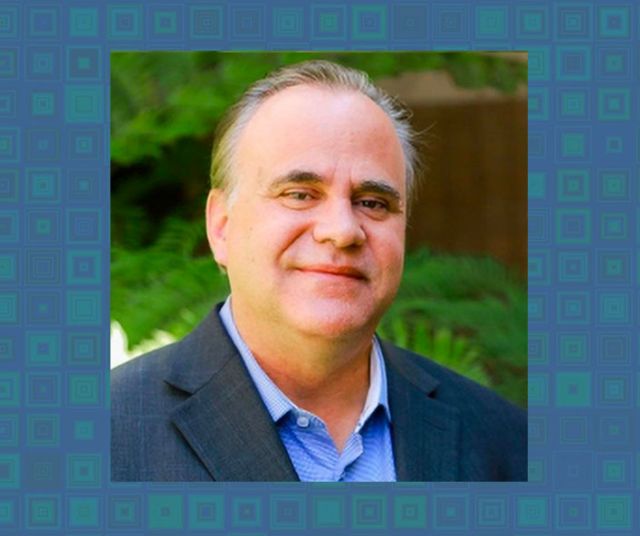 Based on the The UCSB Current article – "Luminaries”

To the consumer, the emergence of state-of-the-art technology can look seamless and easy: Almost like clockwork, our devices get smarter, our displays brighter, our communications faster, our instruments more powerful and efficient. In other situations, new technology appears on the market fully formed; most people know little of the years of tireless work and research that lay the foundation for the innovations that benefit us on a regular basis.

Fortunately, such was not the case during Compound Semiconductor Week 2021, an international gathering of the finest minds behind compound semiconductors, a technology whose materials and techniques underlie many of our most advanced devices. Two UC Santa Barbara professors, Steven DenBaars and John Bowers, were recognized with two of the conference’s top awards the International Symposium on Compound Semiconductors (ISCS) Quantum Devices Award – DenBaars and the Indium Phosphide and Related Materials (IPRM) Award – Bowers.

"We are tremendously proud of Steven DenBaars and John Bowers for being recognized with these prestigious awards," said Rod Alferness, dean of the UC Santa Barbara College of Engineering. "Their relentless innovation and spirit of collaboration have resulted in pioneering technological breakthroughs that have positively impacted many aspects of daily life. Professor DenBaars stands at the forefront of the development of gallium nitride-based laser diodes and LEDs, while Professor Bowers’ pioneering work in integrated photonics has brought the power of light to increase the capacity and energy efficiency of massive interconnection networks inside data centers. We congratulate both of these superb professors on their richly deserved honors."

"I am so honored by this award from ISCS, and especially want to thank my colleagues, professors Shuji Nakamura, James Speck and Umesh Mishra, John Bowers and the hardworking UCSB students for their contributions to these wonderful inventions," said DenBaars, who was recognized by the International Symposium on Compound Semiconductors. DenBaars was cited "for the development and commercialization of non-polar and semi-polar quantum well laser diodes in laser lighting, automotive and general illumination."

"These materials are having a huge worldwide impact in energy efficient lighting, communications and electronics," he said.

The materials he is referring to are nitride semiconductors, known for their wide bandgap and their applications in ultraviolet to visible spectrum optoelectronics. Gallium nitride in particular is a foundation for one of the more recent breakthroughs in solid-state lighting: the bright blue LED, which opened the door to the white LED, and the subsequent proliferation of highly efficient solid state lighting all over the world.

DenBaars, who co-directs the university’s Solid State Lighting & Energy Electronics Center (SSLEEC), and his colleagues have gone beyond regular LEDs to develop solid state laser lighting, which is several times more efficient and powerful. The technology has been embraced by the automotive and general illumination industries for its brightness, efficiency and the versatility it provides to designers. The powerful, directed beams of solid state lasers show great potential in other applications as well, including sensors, displays and communications, and in the biomedical and industrial fields.

According to ISCS, DenBaars "has made seminal contributions to the science of nitride materials, and is recognized as an international authority on the growth and structure of nitride semiconductors by metal-organic chemical vapor deposition (MOCVD). He has performed pioneering work on polar, non-polar and semi-polar Gallium nitride (GaN) materials and devices."

A professor of materials who holds the university’s Mitsubishi Chemical Chair, DenBaars joined the campus in 1991. In 1997 he and fellow GaN expert Umesh Mishra co-founded Nitres, Inc., one of the first GaN startups in the United States. Nitres was acquired by Cree, Inc. in May 2000. With fellow professor Shuji Nakamura, UCSB alum James Raring and collaborator Paul Rudy, he co-founded SLD Laser in 2013 to pioneer blue lasers and laser lighting products. SLD Laser was acquired by Kyocera Corporation in 2021.

Established in 2000 by Fujitsu Quantum Devices, Ltd., the ISCS Quantum Devices award is given to individuals for pioneering contributions to the fields of compound semiconductor devices and quantum nanostructure devices which have made a major scientific or technological impact in the past 20 years.

After a few years of colocation of ISCS and IPRM, CSW is now the organic joint-venue for these two conferences.

IPRM is the major conference worldwide on Indium Phosphide and Related Materials. The first conference was held in 1989, Norman, OK, USA. The original focus was on the physics and technology of the materials but as the technology matured, optical and electronic devices from the discrete to integrated levels took place in the subsequent conferences. The IPRM technical conference and exhibition are held yearly and its location alternates between North America, the Pacific Rim, and Europe.