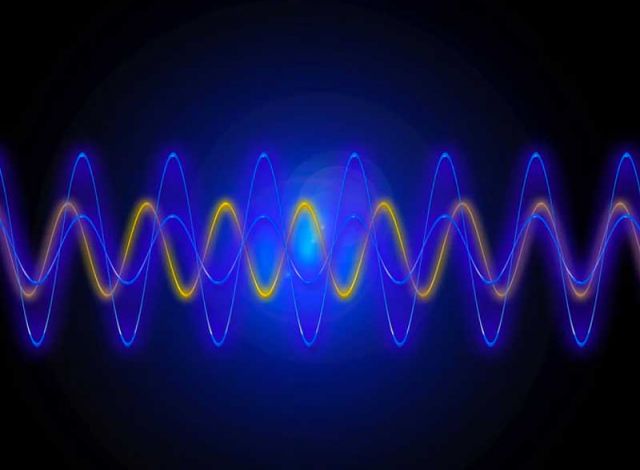 The new paper on GaN wafers and a semi-polar approach to growing the blue and yellow quantum wells was first published in the journal NanoEnergy and subsequently published in Optics Express, which is where we first read about the technique. UCSB has studied the potential of semi-polar technology for more than a decade, although moving that technology into volume production has proven problematic.

The benefits of generating white light directly from a monolithic semiconductor would be multifaceted. Such a development would eliminate the cost of phosphor or other down-converter material. It would simplify the production process. Moreover, the LEDs could be modulated (switched on and off) at a faster rate without the persistence of phosphor. Faster switching would primarily be useful in visible light communications.

But the techniques described in the research have limits. The researchers have made LEDs with a blue peak at 427 nm and a yellow peak at 560 nm. The resulting white light would be usable but not truly useful in general illumination. Still, the technique could be advanced, perhaps with even a third quantum-well structure. Furthermore, UCSB believes the technology can deliver energy-efficiency benefits in display backlights via a reduction in the forward voltage of the devices.

Moving to the light extraction and beam-narrowing research, many of the authors repeat from the first paper discussed including Professors Shuji Nakamura and Steven DenBaars, both legendary Solid State Lighting researchers at UCSB. The research was published in the journal Nature Photonics.

Today, LED manufacturers utilize a variety of techniques for patterning or roughening of surfaces during the manufacturing process that ultimately increase light extraction and therefore efficacy. But the techniques do not direct the beam. Most beam control is handled by primary optics applied on the LED or secondary optics in the luminaire.

The researchers suggest that the use of metasurfaces that are engineered with nanoscale features might also deliver beam-control benefits. The research team grew GaN nanorods on a sapphire substrate with the rods essentially fencing electronics and holes that combine to generate light. The goal is an epitaxial process that improves light extraction while adding polarity.