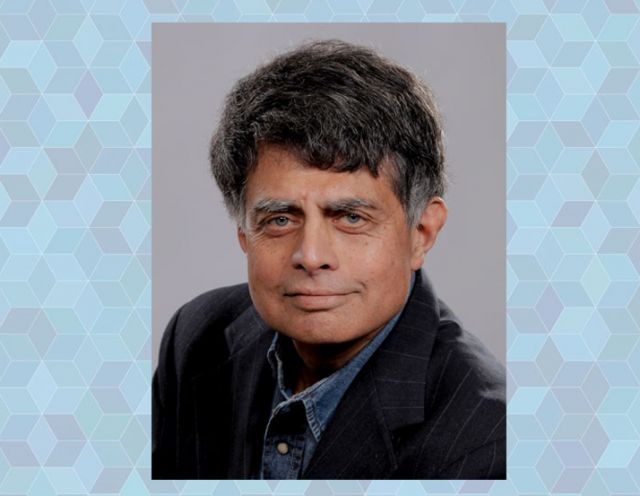 Nikil Jayant, an adjunct professor in ECE, has been around long enough to have developed a kind of "award philosophy."

"I’ve learned," he says, "never to worry that I have not won any particular award. On the other hand, if my peers recognize me with one, I am utterly delighted."

He had the opportunity for delight recently when he was named one of 175 new fellows in the 2020 Class of Fellows at the National Academy of Inventors (NAI). An induction ceremony is currently scheduled to be held during the NAI Tenth Annual Meeting in Tampa, Florida, on June 8, 2021.

"The NAI is a US-centric academy, but it seems to include extraordinary contributors worldwide," he said. "It includes Nobel Laureates and Nobel-caliber contributors from engineering, a field that does not have a Nobel Prize. Thus, I feel like I’m in a pond with much bigger fish! Humbled but happy."

Jayant, who is both a fellow of the IEEE and a member of the National Academy of Engineering, says that becoming a fellow of the NAI "recognizes in particular that I am an academic with an impactful record of patents, in addition to the generally expected record of scholarly publications. In that way, it places me in prestigious company. In fact, UCSB already has a handful of NAI Fellows, and it is good to be able to join that group."

While the NAI has not provided a specific citation for his induction into its ranks of fellow, "It is very likely," Jayant suggests, "that I was recognized for the totality of my patents and their contributions to information signal processing and multimedia communication."

Jayant has spent decades working in the areas of processing and compacting information signals so that they can more easily be shared over communication channels and personal storage media. He has 36 patents to his name, earned during his thirty years at Bell Labs and his fifteen years with Georgia Institute of Technology. Jayant’s inventions have enabled aspects of such momentous digital technologies as cellphone speech, MP3 audio, JPEG images, and HDTV video. His inventions enable those fields as part of international standards for information coding or in the form of company-proprietary technologies.

None of the life-style impacting advances mentioned above would be possible without the class of innovations that define Jayant’s field. A central example is the science and art of signal compression. When we capture speech or music from a high-quality microphone system or images or scenes from a high-quality camera system, an enormous sequence of bits (ones and zeroes in digital language) is generated, which is too large to be usefully shared. But today’s compression technology can strip away typically ninety percent or more of that information without causing a noticeable loss of signal fidelity, making it possible to send initially immense files around the world. Further, the degree of compaction can be tuned to network congestion (as in cellular telephony) or personal preference (as in digital photography).

"What’s the magic sauce here?" Jayant muses. There are actually two ingredients. First: you remove predictable elements of the information, because the sounds from instruments that produce music or human voice do not change at an arbitrarily high speed, and can therefore be predicted from their recent history. Second: you remove nuances in the information that the ear, eye, and brain cannot appreciate anyway."