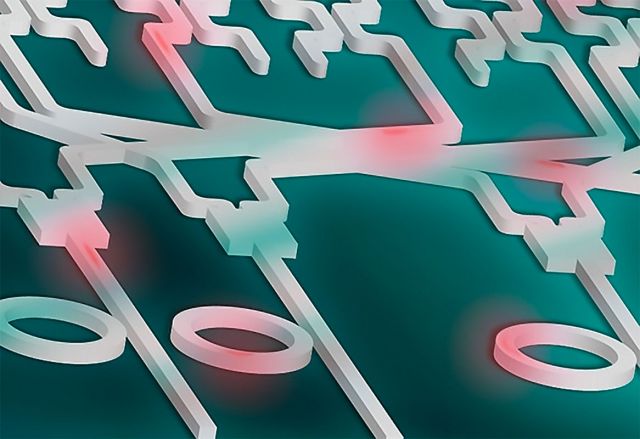 Classical computing is built upon the power of the bit, which is, in essence, a micro transistor on a chip that can either be on or off, representing a 1 or a 0 in binary code. The quantum computing equivalent is the qubit. Unlike bits, qubits can be in more than one “state” at a time, enabling quantum computers to perform computational functions exponentially faster than classical computers can.

Another approach that has been developed more recently is to use a photon as an optical qubit to encode quantum information and to integrate the components necessary for that process onto a photonic integrated circuit (PIC). Recently, Galan Moody, an assistant professor in the UC Santa Barbara College of Engineering’s Department of Electrical and Computer Engineering (ECE), received a Defense University Research Instrumentation Program (DURIP) Award from the U.S. Department of Defense and the Air Force Office of Scientific Research to build a quantum photonic computing testbed. He will conduct his research in a lab set aside for such activity in recently completed Henley Hall, the new home of the CoE’s Institute for Energy Efficiency.

The grant supports the development or acquisition of new instrumentation to be used in fundamental and applied research across all areas of science and engineering. "My field is quantum photonics, so we’re working to develop new types of quantum light sources and ways to manipulate and detect quantum states of light for use in such applications as quantum photonic computing and quantum communications," Moody said.

"At a high level," he explained, the concept of quantum photonic computing is "exactly the same as what Google is doing with superconducting qubits or what other companies are doing with trapped ions. There are a lot of different platforms for computing, and one of them is to use photonic integrated circuits to generate entangled photons, entanglement being the foundation for many different quantum applications."