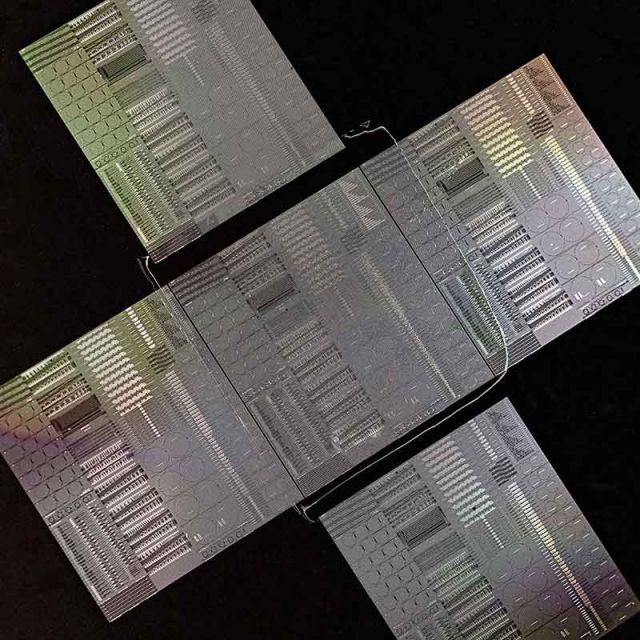 Excerpt from the College of Engineering News article "Quantum Collaboration"

The research award from the technology giant was formed to pursue the research and development required to turn quantum hardware, software, and applications into broadly used technologies.

“We are pleased to support the research by Professor Galan Moody and Professor Yufei Ding in quantum information processing,” said Alireza Shabani, head of Cisco’s Quantum Research and the Emerging Technologies & Incubation Team. “Collaborations with universities are part of Cisco’s plan for quantum technology development, and we are excited for the opportunity to work with UCSB labs.”

Quantum computers have already been shown to solve some problems more efficiently than classical computers. The key to the incredible speed of a quantum computer lies in its ability to manipulate entangled quantum bits, or qubits. To date, most efforts to build quantum computers have relied on qubits created in superconducting wires cooled to near absolute zero or on trapped ions held in place by microelectric circuits. But those approaches face certain challenges, most notably that the qubits are extremely sensitive to environmental factors. As the number of qubits increases, so too does the error rate when executing an algorithm.

Cisco has agreed to provide $150,000 in support of an alternative approach pursued by Moody that uses a photon as an optical qubit to encode quantum information and to integrate the components necessary for that process into a photonic integrated circuit (PIC) with built-in error correction.

“We’re thrilled to be able to work with the Cisco Quantum Research Team,” said Moody, an assistant professor of electrical and computer engineering (ECE). “The grant helps support the design, fabrication, and testing of prototype devices, but more importantly, we will be collaborating closely with their team to tackle the key challenges for scalable quantum computing with integrated photonics.”

Traditionally, silicon photonics are used to guide light around a photonic chip, but a collaboration with ECE Distinguished Professor John Bowers, a photonics pioneer and director of UCSB’s Institute of Energy Efficiency, demonstrated that aluminum gallium arsenide (AlGaAs) is orders-of-magnitude more efficient at generating the quantum states of light that are needed for photonic quantum computing. Moody’s research group has already designed the first version of computing architecture it would like to test.

“With Cisco, we’ll develop a prototype quantum computing chip to showcase the advantages of AlGaAs,” said Moody. “Then, we’ll evaluate the performance of our prototypes, refine the designs, and explore new architectures to improve the performance and scalability going forward.”

The project complements research efforts that Moody has been working on that were supported with funding associated with a prestigious Early CAREER Award from the National Science Foundation and a Young Investigator Award from the Air Force Office of Scientific Research (AFOSR). He also received a Defense University Research Instrumentation Program (DURIP) Award from the U.S. Department of Defense and AFOSR to build a quantum photonic computing testbed in his lab in Henley Hall, the new state-of-the-art home of the IEE. Moody says this new collaboration with Cisco provides his group with an opportunity to transition from more fundamental research to engineering and developing quantum technologies that may eventually lead to commercialization.