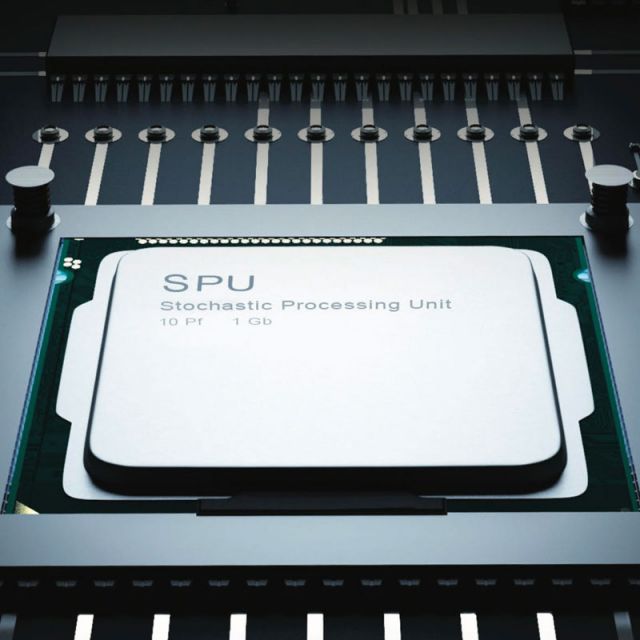 Three projects that take innovative approaches to solving critical energy-efficiency challenges have been awarded seed funding from UC Santa Barbara’s Institute for Energy Efficiency (IEE), an interdisciplinary research institute committed to improving energy efficiency. The selected projects align with at least one of the institute’s three key interdisciplinary thrusts: smart societal infrastructure, computing and communications, and the food-energy-water nexus. Each proposal will receive up to $50,000 in critical seed funding, which is intended to produce preliminary results that the scientists can use to apply for major external funding to expand their research.

“Supporting projects in the early stages of development is an essential step to the creation and delivery of high-impact solutions to improve efficiency,” said IEE director, John Bowers, a distinguished professor of electrical and computer engineering (ECE) and materials. “Each project attacks a grand challenge with a leading-edge approach that has tremendous potential. They also foster new research collaborations and leverage IEE’s legacy of scientific discovery.”

Along with Camsari and Theogarajan, the awards bring an additional four new faculty members from the departments of mechanical engineering, computer science, and physics to the IEE.

“The review committee was thrilled with these projects because they proposed innovative paths to discovery and enrolled new junior and senior faculty in the institute,” said Mark Abel, associate director and executive advisor of IEE. “We also saw how seed funding could really help these faculty move their new efforts forward, and how the research, if successful, could lead to additional funding opportunities.”

The selected projects are aimed at developing novel technologies, ranging from new computer hardware to a probabilistic computer, to an energy harvester that powers portable and remote smart devices.

Forty years ago, while speaking to computer scientists at a conference, Nobel Laureate Richard Feynman introduced the idea of using quantum computers to solve quantum mechanical problems. He also reasoned that probabilistic computers would be best suited to solving inherently probabilistic tasks, such as decision making in the presence of uncertainty.

Feynman’s words have inspired scientists ever since, sparking a furious push toward demonstrating the advantages of quantum computers, which are powered by qubits. Unlike the bits that power classical computers and can exist in a state of 0 or 1, a qubit is a two-state system that can be in more than one state at a time. The phenomenon, known as superposition, enables quantum computers to perform computational functions exponentially faster than classic computers can. However, qubits must be kept at extremely low temperatures, requiring significant amounts of energy.

While scientists continue to address the challenges of quantum computers, two electrical and computer engineering faculty members at UCSB, Kerem Camsari and Luke Theogarajan, have received seed funding to design the other type of computer that Feynman envisioned, one that could act more like nature.

“The goal of our project is to build a probabilistic computer to solve computationally hard problems of artificial intelligence (AI) and machine learning (ML),” said Camsari, an assistant professor who joined the UCSB faculty in July 2020.

“A key step in AI and ML is making decisions based on incomplete data. The best approach for this is to output a probability for each possible answer,” said Theogarajan, who is the vice-chair of the ECE Department and has extensive experience in building heterogenous circuits and architecture. “Current systems are not suited for energy-efficient execution of these problems. Probabilistic machines really shine through in these tasks. Our goal is to take this vision and translate it into energy-efficient custom hardware.”

The seedling project is an extension of the research Camsari conducted while completing his PhD and a postdoctoral position at Purdue University. His team worked with other collaborators to build a small-scale probabilistic computer, comprising probabilistic bits, or p-bits, which interact with others in the same system. Unlike the qubits of quantum computers, which occur in two states (superposition), p-bits fluctuate between positions. The prototype, implemented with nanodevices, demonstrated two encouraging results: it was capable of solving the same optimization problems often targeted for quantum computers, and provided a ten-fold reduction in the energy it required compared to a classical computer.

“The advantage of p-bits compared to qubits is that they operate at room temperature. This means there are many possible implementations of p-bits,” explains Camsari. “A key realization for us was that even if p-bits are not direct substitutes for qubits, many problems of the emerging AI and ML algorithms can benefit from the development of p-computers.”

Theogarajan and Camsari received funding from the IEE to build a medium-sized probabilistic computer, using complementary metal-oxide-semiconductor (CMOS) technology, an area in which Theogarajan specializes. They say that scaling up the prototype to thousands of CMOS p-bits will provide the framework to realize the true power of p-computing and identify the key benchmarks and problems targeted by p-computers. The pair has laid out a three-step plan of attack in which they hope to: develop algorithms specific for p-computers; design energy-efficient architectures and p-bits; and build and test p-computers and evaluate them against classical computers.

“Being new at the College of Engineering makes this award especially significant and meaningful to me,” said Camsari. “Luke is a leading analog/digital CMOS designer with an eye for new applications of p-computing, especially in biology and neuroscience. I feel fortunate to be able to collaborate with him to take p-computing in a new direction.”

“Seed funding from IEE gives me the opportunity to collaborate in a meaningful way with a new faculty member in the department,” added Theogarajan. “It also helps us explore ideas and get the insight and results we need to seek more funding to expand our project.”

The success of this program would fill an important gap for probabilistic computing by providing a significantly scaled-up version of experimental prototypes. The insights gained could pave the way for efficient p-computers capable of revolutionizing the fields of randomized numerical linear algebra, ML, and probabilistic inference in AI.

“The potential impact of p-computers involves optimization, drug discovery, protein folding, and other challenges that people have been hoping near-term quantum computers could solve,” said Camsari.

Seed funding is supported by gifts from private donors, such as John MacFarlane, a member of the IEE Directors Council. Support from an anonymous donor allowed the IEE to award an additional grant this year. Those interested in providing seed funding should contact Mark Abel at markabel@iee.ucsb.edu.

Learn about the other awardees: