The National Academy of Inventors (NAI) recognizes ECE professors Upamanyu Madhow and colleague B.S. Manjunath for their spirit of innovation 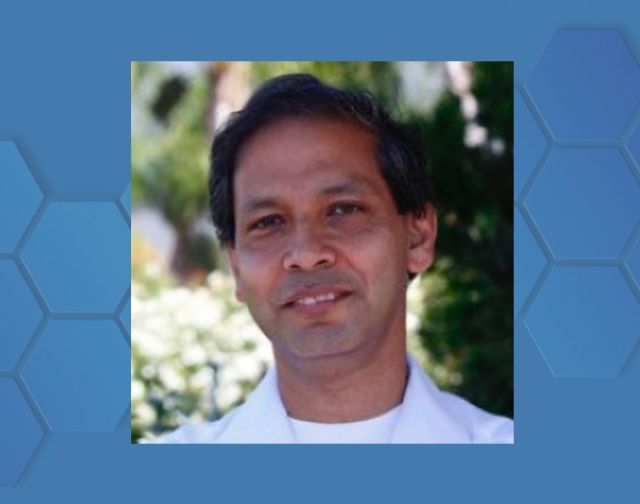 Excerpt from The UCSB Current article "Innovation and Impactful Contributions"

Electrical and computer engineering professor Upamanyu Madhow and B.S. Manjunath of UCSB's College of Engineering have been elected to the National Academy of Inventors (NAI). They join 167 distinguished academic inventors chosen this year as NAI Fellows.

"We offer sincere congratulations to Professors Upamanyu Madhow and B.S. Manjunath on their election to the National Academy of Inventors, said Tresa Pollock, interim dean of UCSB's College of Engineering. "This is a well-deserved and prestigious peer recognition of their innovation and impactful contributions to society with leading edge technologies related to computer vision and image search as well as communications and signal processing, respectively."

The NAI Fellows Program highlights academic inventors who have demonstrated a spirit of innovation in creating or facilitating outstanding inventions that have made a tangible impact on the quality of life, economic development and the welfare of society. Election as an NAI Fellow is the highest professional distinction awarded to academic inventors.

"This year's class of NAI Fellows represents a truly outstanding caliber of innovators," said NAI President Paul Sandberg. Each of these individuals have made significant impact through their work and are highly regarded in their respective fields. "The breadth and scope of their inventions is truly staggering. I am excited to see their creativity continue to define a new era of science and technology in the global innovation ecosystem."

"This award recognizes the technical accomplishments and creativity of the many students and collaborators who I have had the privilege of working with over the years," said Madhow, whose research group applies its expertise in the fundamentals of signal processing and system design to a diversity of applications in next-generation wireless and beyond.

The importance of signal processing to today's world cannot be overstated. It is fundamental to everything from smartphones and wearables to cameras, security and GPS. Any device that sends and receives information benefits from a strong, clear signal and filtering of interference. Madhow's work in this realm has resulted in innovative contributions for wireless communication and sensing, reliable data transport, wireless networking and localization.

Among the most widely used of Madhow's inventions are those related to novel, software-only methods for improving GPS accuracy in urban settings, where location errors can be as large as 50 to 100 meters because of line-of-sight blocking. The technology improves the accuracy of information derived from satellite signal strengths provided by standard GPS software together with 3D maps, while also enabling creation of 3D maps using crowdsourced measurements of satellite signal strengths. As a result, location services are subject to fewer errors due to buildings and other tall structures blocking and distorting satellite signals. This technology was licensed to ShadowMaps, a startup out of Madhow's lab in 2014, and then to Uber, when it acquired ShadowMaps in 2016. The technology has since been deployed worldwide by Uber, and the ShadowMaps team went on to become the core of Uber's location intelligence team.

Prior to ShadowMaps, Madhow's startup Bytemobile — whose technology accelerated data transport over cellular networks —was deployed in 125 wireless carriers in 60 countries, including major carriers such as Orange, T-Mobile, Sprint and Vodafone. Bytemobile was acquired by Citrix in 2012. He also co-founded Wirama, whose technology aims to reduce theft by tracking the location, direction and movement of RFID-tagged merchandise. Wirama was acquired by Checkpoint Systems in 2009.

Madhow is an IEEE fellow and author of two highly regarded textbooks that evolved from his classroom teaching: "Fundamentals of Digital Communications" (2008) and "Introduction to Communication Systems" (2014), both published by Cambridge University Press.

The 2022 class of fellows will be inducted at the Fellows Induction Ceremony at NAI's 12th Annual Meeting on June 27, 2023 in Washington, D.C.