The National Academy of Inventors (NAI) recognizes ECE professors B.S. Manjunath and colleague Upamanyu Madhow for their spirit of innovation 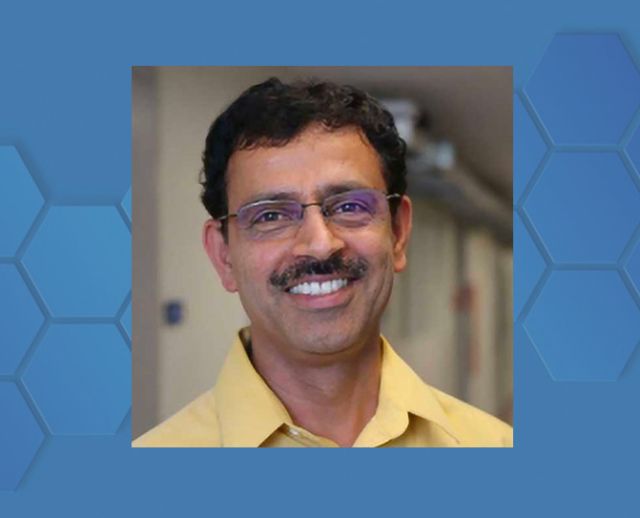 Excerpt from The UCSB Current article "Innovation and Impactful Contributions"

Electrical and computer engineering professors B.S. Manjunath and Upamanyu Madhow of UCSB's College of Engineering have been elected to the National Academy of Inventors (NAI). They join 167 distinguished academic inventors chosen this year as NAI Fellows.

"We offer sincere congratulations to Professors B.S. Manjunath and Upamanyu Madhow on their election to the National Academy of Inventors, said Tresa Pollock, interim dean of UCSB's College of Engineering. "This is a well-deserved and prestigious peer recognition of their innovation and impactful contributions to society with leading edge technologies related to computer vision and image search as well as communications and signal processing, respectively."

The NAI Fellows Program highlights academic inventors who have demonstrated a spirit of innovation in creating or facilitating outstanding inventions that have made a tangible impact on the quality of life, economic development and the welfare of society. Election as an NAI Fellow is the highest professional distinction awarded to academic inventors.

"This year's class of NAI Fellows represents a truly outstanding caliber of innovators," said NAI President Paul Sandberg. Each of these individuals have made significant impact through their work and are highly regarded in their respective fields. "The breadth and scope of their inventions is truly staggering. I am excited to see their creativity continue to define a new era of science and technology in the global innovation ecosystem."

"It is an honor to be recognized by this award and it represents the hard work of the students and researchers in the Vision Research Lab over the years," said Manjunath, a pioneer in the field of big image data management.

Images and videos constitute a large proportion of the data that people use and share — from general public applications to uses as specialized as life sciences, cybersecurity and multimedia forensics, which are among Manjunath's specializations. The task for scientists like Manjunath has been to control the flood of image and audiovisual data by corralling it with descriptors and metadata that allow for efficient search and retrieval. His early work led to the development of advanced image descriptors that were eventually adopted in 2000 by the ISO/MPEG-7 standard, and resulted in 24 U.S. and international patents, the technology for many of which was co-invented with students and researchers in his Vision Research Lab. MPEG-7 has since evolved to incorporate face detection and recognition methods, and many have made their way into digital cameras and television.

In addition, Manjunath has spread his expertise to the realm of multimodal big data — data that span several forms such as text and image — particularly in the realm of science and medicine. With his development of the open-source BisQue (Bio-Image Semantic Inquiry User Environment) image informatics platform, scientists and physicians can view, collaborate and discover using a wide array of complex visual data, from 3D visualizations to brain scans and cellular imagery. The National Science Foundation-supported CyVerse open science workspace managed at University of Arizona uses BisQue to manage its images and offers the platform as a core service to its users.

Manjunath continues his vision of creating advanced informatics technologies for real-world applications through his Santa Barbara-based company Mayachitra, Inc., which focuses on delivering computer vision and deep learning solutions. Since 2001, the company has delivered commercial products for image registration and management, cybersecurity and data forensics.

The director of the Center for Multimodal Big Data Science and Healthcare, and also the Center for Bio-Image Informatics at UC Santa Barbara, Manjunath is a fellow of the Association for Computing Machinery and of the Institute of Electrical and Electronics Engineers (IEEE).

The 2022 class of fellows will be inducted at the Fellows Induction Ceremony at NAI’s 12th& Annual Meeting on June 27, 2023 in Washington, D.C.