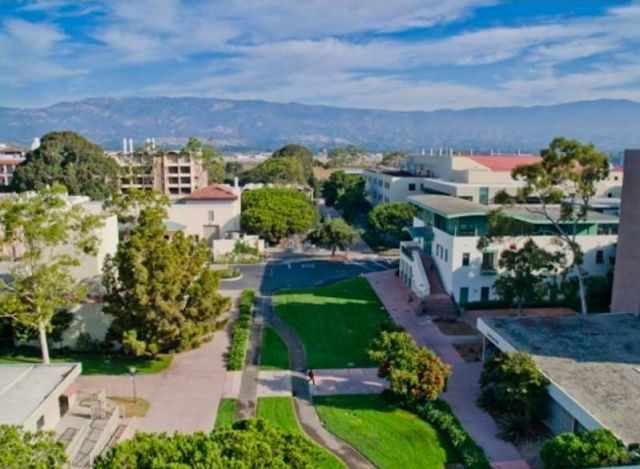 From The UCSB Current "On a Rankings Roll"

For the ninth consecutive year, UC Santa Barbara has placed in the Top 10 for national public universities ranked by U.S. News & World Report. The magazine’s 2022-2023 Best Colleges listing of Top Public Schools placed the campus at No. 7.

Among all Best National Universities, which includes both public and private institutions, UC Santa Barbara placed No. 32.

Among all national universities ranked as Best Colleges for Veterans, the campus is No. 14.

In addition, UC Santa Barbara ranked No. 15 among all national universities for Social Mobility, which measures how successfully schools enroll and graduate students who receive federal Pell Grants. These students typically come from households with family incomes less than $50,000 annually, with most Pell Grant money going to students with a total family income below $20,000.

To rank colleges and universities included in its Best Colleges lists, U.S. News & World Report assigned institutions to categories developed by the Carnegie Foundation for the Advancement of Teaching. UC Santa Barbara’s category of national universities includes only institutions that emphasize faculty research and offer a full range of undergraduate majors, plus master’s degrees and doctoral programs.

The rankings are based on data U.S. News & World Report collects directly from colleges and universities, as well as from other sources. Additional data was obtained from the American Association of University Professors, the National Collegiate Athletic Association, the Council for Aid to Education and the U.S. Department of Education’s National Center for Education Statistics. The magazine evaluates and analyzes data on various indicators of academic quality and assigns a weight to each factor based on its relative importance. It then tabulates composite scores and ranks institutions against others in the same peer group.