In 2018, while pursuing her PhD in organic geochemistry at Caltech and now a researcher at UCSB's NCEAS, Alexandra Phillips turned to Instagram to start Women Doing Science – former UCSB ECE Postdoc Yating Wan is among those featured 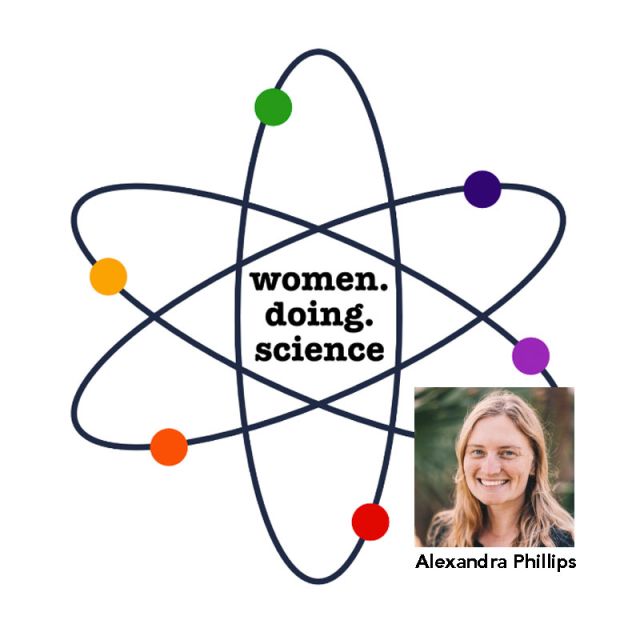 From The UCSB Current  "The Many Versions of a Female Scientist"

Depictions of women in science, technology, engineering and mathematics (STEM) are powerful sources of inspiration for young women who aspire to a career in those fields. But stereotypes of female scientists persist, and we have some way to go to vanquish them. So says Phillips, a researcher at UC Santa Barbara’s National Center for Ecological Analysis and Synthesis (NCEAS), in a paper published in the journal Social Media + Society.  As a result, Phillips created a site that features photos and profiles of female scientists all over the world in their elements, be they labs, lecture halls or the field.

“What do you think of when you picture a scientist? For many people, the image of a scientist is influenced by things like movies and TV shows, like ‘The Big Bang Theory,’ where scientists — especially women scientists — are highly stereotyped,” said Phillips, who also serves as NCEAS’s science communication and policy officer.

Indeed, popular culture still has the tendency to typecast females in STEM fields, which, among other things, pits femininity and female attractiveness against intelligence and seriousness, and casts doubt on women’s competence. Add to that a dearth in representations of diversity, and there’s a connection to be made between prevailing stereotypes and lack of role models, and the significant gender disparity in the U.S. STEM workforce. According to statistics from the National Science Board, women make up almost half of the employed U.S. population, but only about a third of the STEM workforce, a proportion that has changed little since 2010. 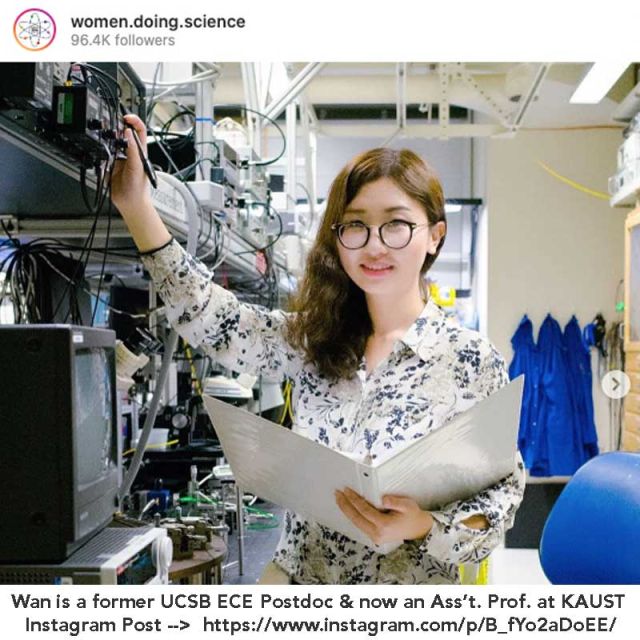 “I started Women Doing Science because social media, unlike regular media, can show so many versions of what a scientist looks like, highlighting many potential role models for women in STEM that they may lack in their everyday lives or professional institutions,” Phillips said.

What started as a creative endeavor and a bit of activism quickly evolved into an international movement as submissions rolled in from female scientists all over the world. There are women doing science underwater, peering through microscopes, examining rocks, studying animals, testing robots, giving lectures. They range in appearance and dress, and they all look like they’re enjoying their work. The site currently has almost 100,000 followers and has gained a large crew of volunteers who help recruit more scientists and write about their work.

The healthy dataset naturally lent itself to a case study.

“We wanted to determine if Women Doing Science was successful in its goal of highlighting diverse and international scientists, and if yes, what the impact was to the followers of the page,” Phillips said.

In their analysis, the Women Doing Science team found that the site was indeed successful in its scope, with 37% of their posts featuring women of color and a third with bilingual captions. In fact, the site’s representation of diversity is a large draw.

“In a survey, followers mentioned that the diversity of posts was a main reason they engaged with the page,” Phillips said, “along with finding role models and generally getting inspiration.” Followers also noted the power that images of female scientist had in helping with impostor syndrome and alleviating the loneliness of being a woman in a STEM field.

But there was a downside, too. Upon examination of three particularly viral posts, two subjects received a lot of approval from followers for being “trailblazers,” while the third stimulated heated debate. It was a photo of a biology doctoral student in the lab, in heels, with hair down and makeup on.

“The third went viral for a bad reason, because the scientist was depicted as highly feminine and conforming to traditional stereotypes,” Phillips said. The angry comments and direct messages to the featured scientist came down to harassment, she added. Meanwhile, other commenters came to the doctoral student’s defense, criticizing others for gatekeeping the image of a female scientist. The admins decided to remove the post temporarily to defuse the situation.

But that feedback was important as well, highlighting pitfalls in the ongoing struggle of women to develop STEM identities.

“That experience had always been on my mind while running the page,” Phillips said. “But getting to formally analyze it was really insightful for myself in processing what was happening. I realized how fragile the identities are of women in STEM, that an image of a female scientist that is beautiful and wants to be taken seriously has such a hard time doing so, even today. We just have so much more work to do for STEM to be a truly inclusive space for women, and especially for women with marginalized identities.”

The team hopes that this case study will provide valuable information to universities and research institutions as they work toward evening the STEM playing field for incoming researchers and add dimensionality to the image of female scientists.

The UCSB Current "The Many Versions of a Female Scientist"